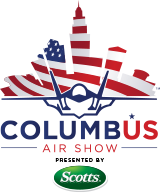 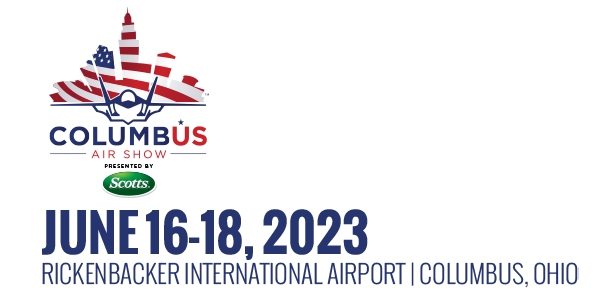 The Columbus Air Show Presented by Scotts is proud to welcome the CAF Rise Above Exhibit to our 2023 show at Rickenbacker International Airport. We can't wait for others to learn about the special bond between the Rickenbacker grounds and the incredible parts of military history that the Commemorative Air Force (CAF) brings to life with their exhibit.

The CAF Rise Above Exhibit is a fully functional mobile movie theater that travels the country telling the story of the Tuskegee Airman and the WASP (Women Airforce Service Pilots). CAF strives to honor and educate about the obstacles both groups overcame to serve their country during WWII through their films.

Admission to this exhibit is always FREE to attendees.

This film tells the inspirational story of America’s first black military pilots, the Tuskegee Airman, and their support personnel. It highlights how they overcame barriers of racial stereotypes during WWII to fight for their country and make their mark in American History.

WASP shares the story how women proved they could become pilots, despite being told it was a man’s job. It shows how their dedication and determination forged a path for future generations of women in the Army Air Corp. 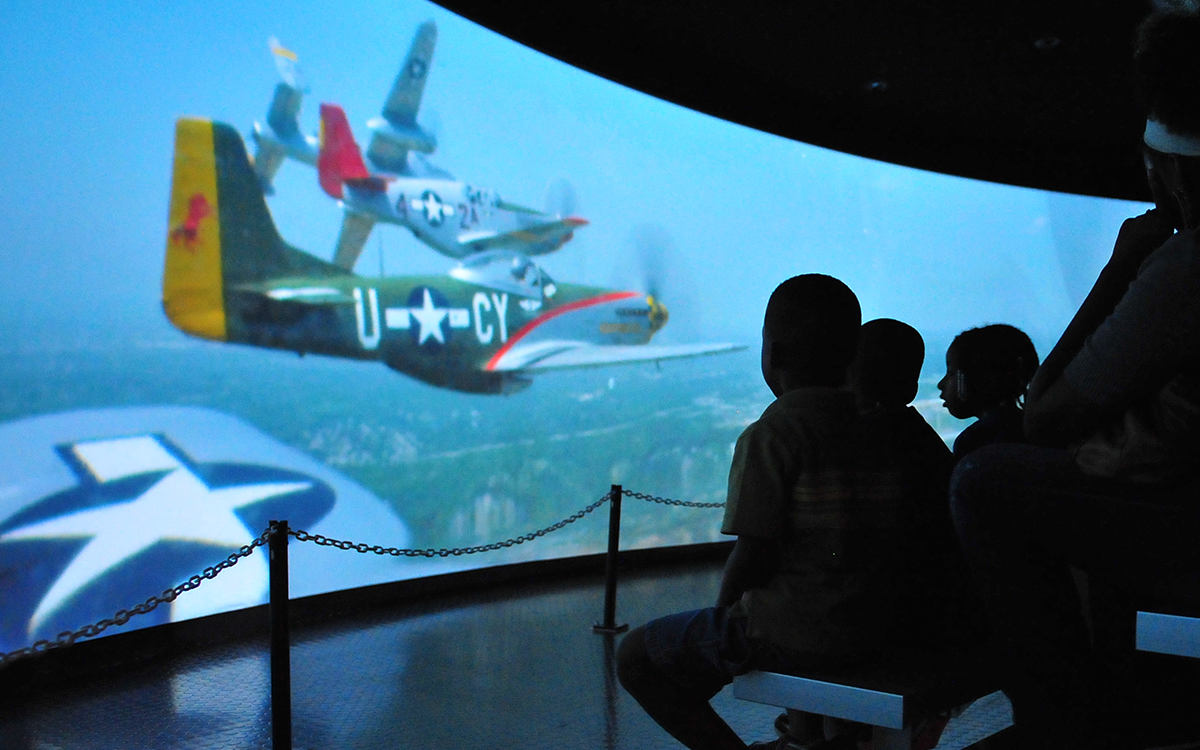 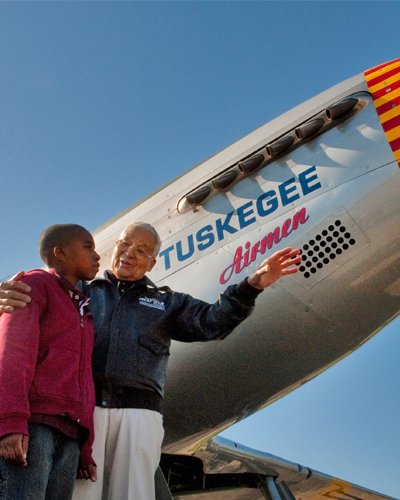 The Tuskegee Airman flew a variety of planes during the war, however, the most famous Tuskegee Airmen, from the 332nd Fighter Group, are most well-known for flying the redtail P-51 Mustang. This distinct tail color not only helped other groups tell each other apart, but it also helped the bomber crews tell which group was escorting them. 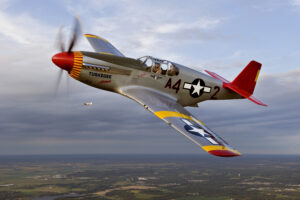 Performing at the Air Show is the CAF Red Tail Squadron’s P-51C Mustang “By Request.” This P-51 is a completely restored operational fighter aircraft from the WWII era. This specific P-51 remained in the United States during the war as a trainer and was declared a surplus after the war. It was on display at Montana State University for 40 years before the CAF obtained the aircraft in the 1980s. It was restored to flying conditions in 2001.

Now “By Request” travels the country flying in air shows to honor, educate and remind everyone about the determination of the Tuskegee Airman to overcome obstacles to serve their county during WWII.

The Tuskegee Airmen were America’s first Black military pilots and support personnel during WWII. The Tuskegee Airmen set out to prove that their value, patriotism, and skills as aviators was just as strong. On January 16, 1941, it was announced that there would be an all-Black pilot training squadron. This group would receive their training and education in Tuskegee, Alabama. 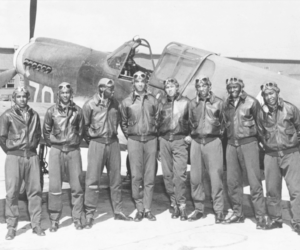 One of the most famous groups of Tuskegee Airmen during World War II was the 332nd Fighter Group, which consisted of the 99th, 100th, 301st, and 302nd Fighter Squadrons. While this group flew a variety of planes one of the planes, they were most well known for flying was the P-51 Mustangs with the distinctive red tails. These red tails on the aircraft and their high success rates on bomber escorting missions eventually led to the nickname “Red Tails.”

AT LOCKBOURNE
Post WWII, the 99th joined the 477th Bombardment Group in Kentucky. They were eventually joined by the rest of the 332nd Fighter Group to become the 477th Composite Group.

On March 13, 1946, the 477th arrived at their permanent and final home - Lockbourne Army Air Force Base in Columbus, Ohio. This move marked a new beginning for the men of the 477th as it the first time Black officers managed an air base free from direct supervision of white officers. Despite several obstacles they made a commitment was made to train new officers and enlisted men using techniques and strategies learned during WWII, while remaining combat ready. When Tuskegee Army Airfield closed in 1946, the remaining Black pilots who wanted to remain in the Air Force moved to Lockbourne.

Colonel Davis still served as the group commander, but also was given the duty of base commander. This made Davis the first Black officer to manage a base without direct supervision of white officers. Aside from running the base, Davis worked with the Central Ohio community to help them recognize and understand the mission of Lockbourne. 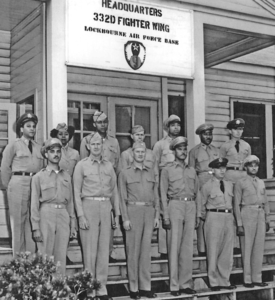 On July 26, 1948, President Harry S. Truman signed an executive order that signaled an end to segregation to the U.S. Military. The Air Force was the first to integrate. On July 1, 1949, the 332nd was officially deactivated as remaining personnel and pilots were transferred to other bases in the Air Force.

The Tuskegee Airmen were not only pilots, but also a collective group of over 14,000 men and women who came together to help the pilots’ overcome obstacles to fight for their country during WWII. In all this program saw 1,000 pilots and nearly 14,000 navigators, bombardiers, instructors, aircraft and engine mechanic, control tower operators, and other maintenance and support staff come from it. Their success and service played a key role in the desegregation of the U.S. miliary in 1948 and helped set the stage for further civil rights laws and social justices. 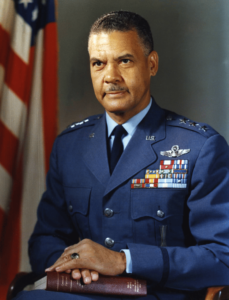 One of the key players in paving the way for Black soldiers and integration was Lt. Gen. Benjamin Davis, Jr.

In May 1941, Davis was part of the first class of cadets to enter the Advanced Flying School at the Tuskegee Army Air Base and received his pilot wings in March 1942. Due to segregation rules, Davis was placed in charge of the 99th Fighter Squadron and moved with them overseas in 1943. He later returned to the U.S. and to command the 332nd Fighter Group. He returned overseas with them two months later to rejoin the 99th.  In the two years that Davis commanded the Tuskegee Airmen in Europe, they downed twice the number of aircraft they lost, destroyed miles of rail lines, sunk more than 40 ships, and lost very few bombers on escort missions.

The Women Airforce Service Pilots or WASP was formed in 1942, as an experimental program to determine if women could successfully pilot a wide array of aircraft to help alleviate the strain of manpower at the peak of the war. 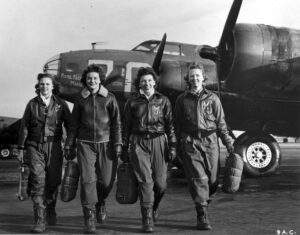 The Army Air Force received over 25,000 applications for the program originally called Women’s Flying Training Detachment (WFTD). In the end 1,830 women were selected and stationed at bases all over the country. WASP received the same primary, basic, and advanced training as the male cadets and were to be trained to fly every aircraft in the Army Air Force. Once trained the women were assigned to several missions, which freed up the male pilots for service overseas.

On October 17, 1943, 17 WASP officially reported to Lockbourne for training. WASP was initially considered an outsider group but was quickly accepted by people at the base. It was determined that the initial training had been insufficient, and the program was extended from nine-weeks to twelve weeks to allow for a more complete training.

WASP were trained to handle B-17s in different conditions such as fire, dead engines, weather, and more. Four of the 17 WASP were eliminated from the program, due to not being the right fit for the B-17, which is physically demanding to fly. Upon graduation on January 13, 1944, from the program, nine of the women were transferred to Florida to continue B-17 flying assignment. Meanwhile, four remained at Lockbourne to move onto instructor training.

On December 20, 1944, WASP was deactivated. At the time of deactivation two WASP, Florance Archer and Margaret Kirchner, remained at Lockbourne serving as engineering test pilots. WASP at Lockbourne proved to be a success with 13 fully qualified test pilots, four with instructor status, and zero accidents.

In 1979, WASP were officially given veteran status.

In 1957, Lloyd Nolen and a group of ex-service pilots from the Rio Grande Valley in Texas pooled their money to purchase a P-51 Mustang. Soon after they added two F8F Bearcats to their collection.

What started a hobby to preserve planes from World War II, quickly became a mission to preserve history.

By 1960, they began seriously searching for other WWII aircraft. The group quickly discovered that few remained in flying condition, despite American producing nearly 300,000 aircraft during this time.

The CAF was charted as a nonprofit Texas corporation on September 6, 1961, in order to restore and preserve the WW II-era combat aircraft. By the end of 1961, the fleet had grown to nine aircraft.

Now nationwide, the CAF has been operating for nearly half a century now and ranks as one of the largest air forces in the world. They have a fleet of more than 175 aircraft representing more than 60 types of aircraft from all over the world.

The CAF strives to restore these planes to flying condition to honor the past and educate the future generations.

Sources and Learning more about the Tuskegee Airmen and WASP

For more information about the Tuskegee Airmen’s role in WWII and their time in Ohio at the Lockbourne Army Air Base, check out the book and articles below: 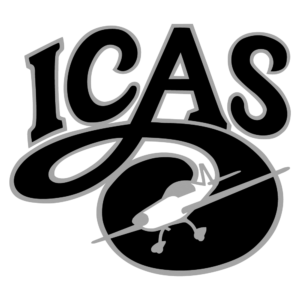